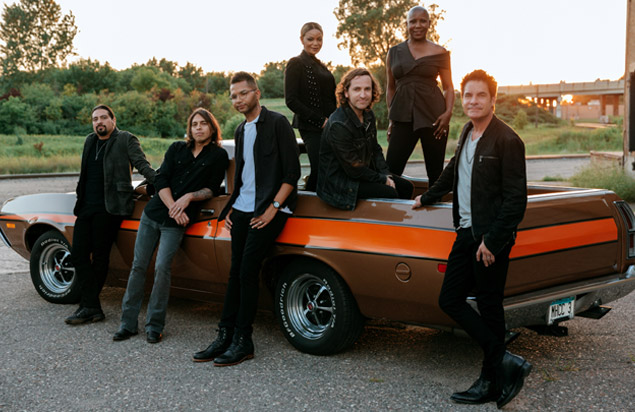 All aboard the Train hits train! Since achieving mainstream success with their 1998 debut album, Train has been a constant force on the music charts. The San Francisco rockers have sold more than 10 million albums worldwide and garnered 3 GRAMMY Awards for their smash singles. Before Train & The Goo Goo Dolls with special guest Allen Stone play Musikfest this summer, reacquaint yourself with these RIAA Platinum-certified mega-hits by Train!

The lead single off of the album Save Me, San Francisco was the top-selling song in the iTunes Store in 2010. The live version of the song won Train a GRAMMY Award for “Best Pop Performance by a Duo or Group with Vocals”.

Written by lead singer Patrick Monahan and the same Norwegian songwriting duo responsible for “Hey, Soul Sister,” “Drive By” was Train’s third U.S. Top-10 hit. It was the lead single off of the 2012 album California 37.

Train’s first-ever Platinum song was “Drops of Jupiter (Tell Me)” from the 2001 album of the same title. It charted on the Billboard Top-40 for 29 weeks, establishing Train as a band on the rise in the new millennium. It won GRAMMY Awards in two categories: “Best Rock Song” and “Best Instrumental Arrangement Accompanying Vocalist(s).”

Train’s most recent song on this list, “Play That Song” was the lead single from their tenth studio album A Girl, a Bottle, a Boat released in 2017.

You’ve probably heard this song at every wedding since it was released in 2010. It was featured on Save Me, San Fransisco, the same album as “Hey, Soul Sister” and the Gold-certified hit “If It’s Love.”

The bouncy “50 Ways to Say Goodbye” was only a Gold-certified hit in the U.S., but went platinum in Australia and Canada. Plus, we think it’s a fitting way to end this article.

Gather your friends and see Train with The Goo Goo Dolls and special guest Allen Stone this summer!