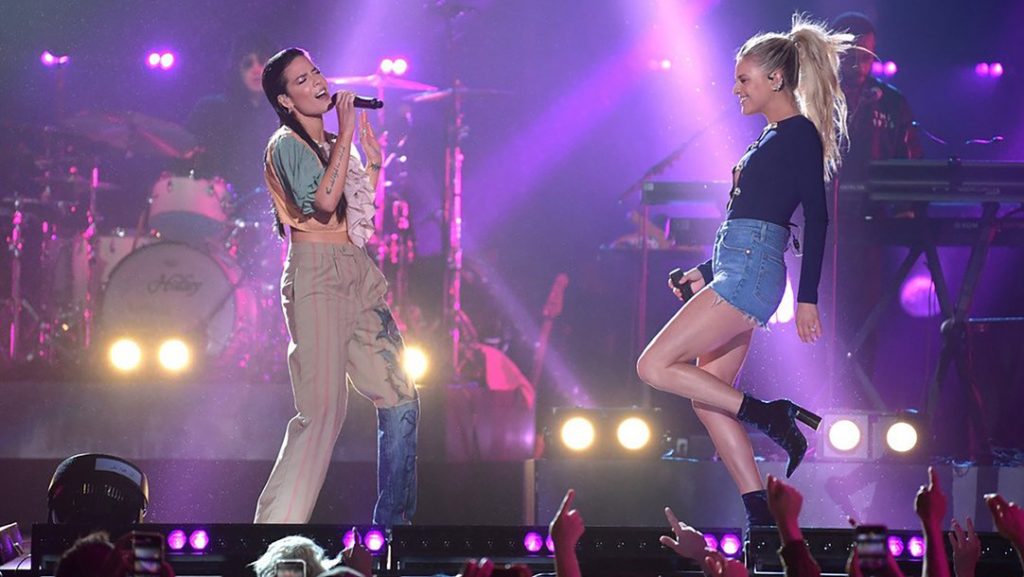 Halsey, Chainsmokers, Carrie Underwood, and several other A-list stars fell in love with the talent and energy that Kelsea Ballerini has to offer. In fact, they loved her so much they’ve performed duets with her AND featured her in some of their songs!

Some of these notable artists, such as The Chainsmokers, Carrie Underwood, and Reba made unforgettable headlining appearances at Musikfest. Later this summer, we’re adding the chart-topping country sensation to that same exclusive list whenKelsea Ballerini performs live onthe Wind Creek Steel Stage at PNC Plaza on Thursday, August 6!

Before seeing her at Musikfest, check out which big name artists Kelsea has performed with…

Kelsea has performed a number of songs with Halsey, including “Bad at Love,” “Without Me,” and “Peter Pan” but we especially love this duet of “Graveyard” from the CMT Crossroads.

The Chainsmokers (2019 Musikfest Performer) are one of the most popular duo’s of this time and Ballerini got to be featured in their upbeat song, “This Feeling!”

Kelsea and Carrie (2006 Musikfest Performer) give a beautiful performance of “Walkaway Joe” live at the historic Grand Ole Opry, an American icon located in Nashville, TN and referred to as “countries most famous stage”

Big time country singer, Thomas Rhett, saw the talent in Ballerini in 2019 when he featured her in his song “Center Point Road,” which was named after the road that he grew up on.

Reba (2015 Musikfest Performer) admits that Kelsea’s song “Legends” is not an easy song to sing, but to no surprise they sing it wonderfully together.

At the 59th Grammy’s Kelsea and Lucas put on this spectacular performance combining their songs “Peter Pan” (by Ballarini) and “7 years” (by Graham).