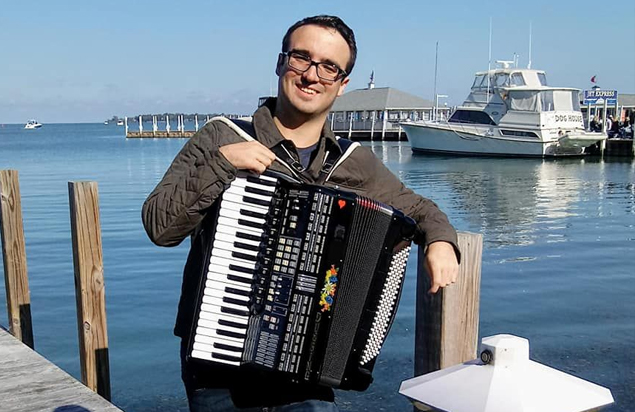 Aaron Dussing formed “Polka Revolution” in 2010 with two of his High School friends. Ever since his German grandparents introduced him to ethnic music at a young age, Aaron has always carried on the musical traditions of his family and is very proud to do so. He sings in seven languages, specializes in authentic Alpine yodeling, and can play a wide range of 20 different musical instruments, but accordion is his instrument of choice on stage. Aaron and his band have become an Oktoberfest favorite, having been called to play events throughout various states. Though they specialize in German music, they have versatility in other European music, as well as American standards, Jazz, and Rock. They were nominated for “Band of the Year” by the National Cleveland-Style Polka Hall of Fame in 2018.