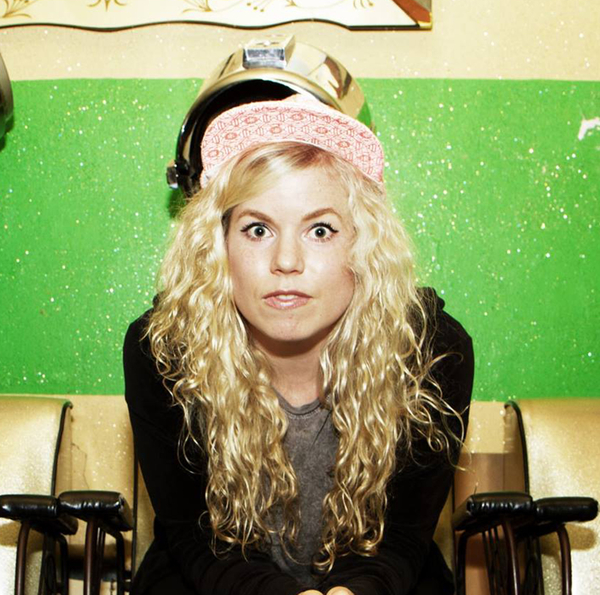 After successful late night shows the past six years, Musikfest is doubling down on comedy with more shows than ever at the festival this summer.

New this year are free standup comedy shows Aug. 11-12 at the LVwithLove ComedyPlatz, presented by Lehigh Valley with Love Media and Never Again Radio at The Ice House, 56 River St., Bethlehem. More than 30 comedians will perform at six shows over the two days at the Ice House, an official Musikfest venue for 2017. Highlights include Blair Socci of MTV’s Ladylike and Guy Code vs. Girl Code; Shane Gillis, named 2016 Philly’s Phunniest at Helium Comedy Club; Dina Hashem of Comedy Central’s Roast Battle; Dan Perlman, co-creator of the animated series That’s My Bus!; and Patrick Monahan, named one of Paste Magazine’s 75 Best Twitter Accounts of 2016. These comics, along with many more from New York and Philadelphia, will be performing alongside some of the Lehigh Valley’s best comics. Shows are 7, 8:45 and 10:30 p.m. both nights.

“We felt that a hot night of free comedy would be something that many people in the Lehigh Valley would want to check out, and they did,” says George Wacker, owner of Lehigh Valley with Love Media, which first produced the standup comedy shows last year as a grassroots effort during Musikfest 2016. “Being able to add another night and essentially four more shows by working with ArtsQuest is a dream come true for this event. Some of the comedians have been on Comedy Central or regularly perform in larger cities. The fact that they are excited to perform at Musikfest says something about the trajectory of ComedyPlatz.”

“We’re grateful to George and Tyler for showing us that comedy could work on that side of the festival,” says Hill. “Thanks to their hard work, we’re able to provide a new and exciting addition to the festival lineup this year, continuing the evolution of Musikfest.”

On the South Side of the festival, SteelStacks is again home to free improv comedy shows including the new SteelStacks Comedy Triathlon Aug. 6, 11:15 p.m., in the ArtsQuest Center’s Fowler Blast Furnace Room. Teams of comedians show off their skills at standup, improv and sketch/concept comedy, with the winning team getting their own SteelStacks show in the fall.

ManDudeBro
Aug. 4 & 11, 11:15 p.m.
ArtsQuest Center, Frank Banko Alehouse Cinemas
ManDudeBro is the improvisational comedy team of Matt Candio, Jon Lunger, Dan Maher and Evan Stutts. Based in the Lehigh Valley, the group has been delighting audiences with longform improv comedy since 2012. Each of their shows is completely improvised – never having been seen before and never to be seen again. Inspired by the show’s audience, ManDudeBro weaves in and out of a hilarious made-up world, filled with over-the-top characters and situations, creating a riotous theatrical experience.

The Best of Craigslist
Aug. 5, 11:15 p.m.
ArtsQuest Center, Frank Banko Alehouse Cinemas
An improvised take on Missed Connections, personal ads and all the things that make Craigslist the amazing place it is. Featuring Lehigh Valley improvisers most likely to trade up from a paper clip to a Porsche.

The Associated Mess
Aug. 10, 11:15 p.m.
ArtsQuest Center, Frank Banko Alehouse Cinemas
The Associated Mess is a troupe of improv comedians from the greater Lehigh Valley who have dedicated their lives to the pursuit of joy… that is to say, they like to make people laugh. They set about accomplishing their noble quest by performing short form improv in the style of the legendary show “Whose Line is it Anyway?”

One of the largest music festivals in the nation, Musikfest features more than 500 performances on 15 stages throughout Bethlehem over 10 days. Dates for the 34th edition of the festival are Aug. 4-13. For more information, visit www.musikfest.org.