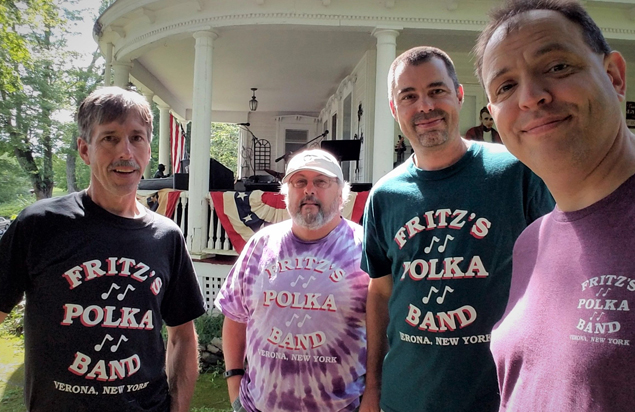 Fritz’s Polka Band (FPB) was formed in 1978 by lead accordionist, the late Fred Scherz Sr., and his eight-year old son, Fritz, for whom the band was named. Sadly, Fred passed away on November 14, 2009, but FPB has vowed to carry on his legacy! Playing everything from modern-style polka to country to rock and even blues, FPB performs an eclectic mix of musical styles! Fritz’s Polka Band is NOT an oompa pa band or the stereotypical “polka” band. In fact, FPB is known for breaking the stereotype regarding “polka” music. FPB is the first polka band to perform at a Woodstock Festival (Woodstock ’99)! On October 7, 2010, FPB was inducted into the Syracuse Area Music Hall of Fame!