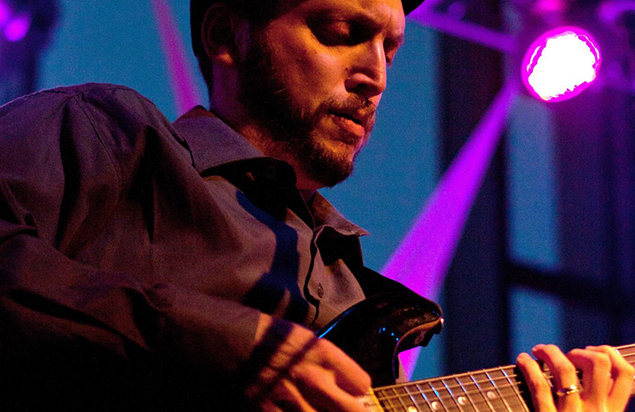 Jon Fadem has been playing guitar since he was 13 and studied music at Oberlin College and Conservatory. His primary musical inspirations are Miles Davis, Jerry Garcia, Sly and the Family Stone, Parliament/Funkadelic, and Jimi Hendrix. He is a founding member, musical director, and lead guitarist for Start Making Sense, the renowned, internationally touring Talking Heads Tribute band. They have been together for ten years, and tour all around the country. His band Post Junction is a funk/rock/soul/jam band was featured in the book “Jam Bands: North America’s Hottest Live Bands.” In addition, he often performs solo shows using a looper pedal and a wide variety of effects, to create the sound of a full band, all performed live by one person. Some of the artists he covers at solo shows include Stevie Wonder, Grateful Dead, Prince, Led Zeppelin, David Bowie and The Who. Jon was nominated for Best Guitarist in the Lehigh Valley Music Awards for six consecutive years.