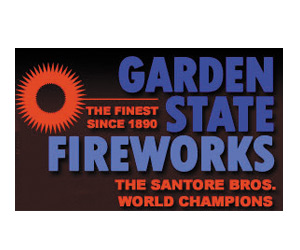 Stephen Kellogg will open for GRAMMY and Academy Award-nominated Counting Crows during flagship festival, Musikfest on the Wind Creek Steel Stage at PNC Plaza on Mon., Aug. 8. Tickets for this event are now on sale at musikfest.org. For exclusive ticket access and advance purchase opportunities, become an ArtsQuest member or Circle donor today. ​

Stephen Kellogg first set foot on his musical career path in Northampton, Mass., as an intern at a local club in 1997. Founding his band, Stephen Kellogg and the Sixers, in 2003 he began recording and touring with the group over the course of nine years. After embarking as a solo artist Kellogg gaining critic’s attention with the release of his 2016 album South, West, North, East. He created a 30-minute documentary on the making of the album to accompany its release. Kellogg’s style spans several genres from alternative to pop to folk to country. His most recent album, Objects in the Mirror, features hits “High Highs, Low Lows,” “Love Me as I Am” and “Song for Daughters.” He released a book in July 2020, “Objects in the Mirror: Thoughts on a Perfect Life from an Imperfect Person.”  Kellogg has toured the country extensively over the course of 19 years and released 17 albums. He donates his time to several charitable undertakings including selling handwritten lyrics to raise money for St. Jude’s Children’s Hospital. ​This year’s 11-day festival takes place Aug. 5 – 14, 2022 with the lineup including Counting Crows,  Ziggy Marley – A Live Tribute to His Father, Willie Nelson & Family, ALABAMA and Poison. Additional details will be shared throughout the year. Visit musikfest.org for more information.