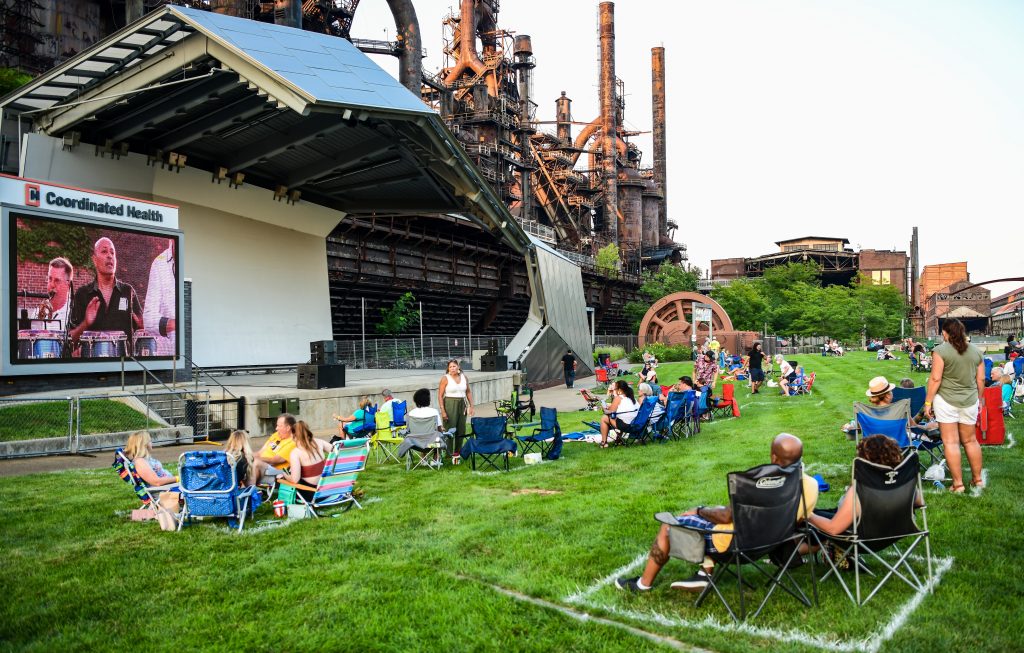 BETHLEHEM, PA–More than 2.2 million people took in Musikfest 2020, the 10-day music and arts festival that featured nearly 100 streaming and live-via-television performances, as well as a food court featuring 10 of the festival’s most popular food vendors and six small-capacity, socially-distanced live concerts on the SteelStacks entertainment campus.

As part Musikfest 2020, festival patrons and donors came together to support ArtsQuest via the ‘One Million Festers’ matching gift campaign, helping raise $656,000 in gifts and pledges July 27-Aug. 11. The initial success of the campaign has resulted in the ArtsQuest Foundation extending the initiative through the end of the year, allowing patrons at Christkindlmarkt Bethlehem and other ArtsQuest programs and events to come together to show their support for the nonprofit, which normally presents 4,000 concerts, educational classes and events but has lost 90 percent of revenue streams since mid-March due to the COVID-19 crisis.

“The excitement surrounding the ‘One Million ‘Festers’ Matching Gift Campaign continues to gain momentum,” says ArtsQuest Sr. Director of Advancement Selena Lavonier. “Hundreds of individuals have stepped forward to support ArtsQuest in its time of need, including many who are new to our community-based nonprofit. The ArtsQuest Foundation Board of Trustees looks forward to reaching the matching gift goal and raising $1 million together with our community.”

Anyone interested in supporting the giving campaign can do so by visiting www.artsquest.org/donate. All money donated by year’s end will be matched dollar for dollar by the ArtsQuest Foundation Board of Trustees up to $500,000, doubling the impact of new gifts.

From July 31-Sept. 1, more than 192,000 people from all 50 states and countries as far away as Japan and Australia tuned in the watch the 40 Virtual Musikfest performances featuring sets by KT Tunstall, Robert Randolph and other artists, while just over two million viewers – an average of 200,000 per night, checked out the 38 concerts broadcast live via Service Electric July 31-Aug. 9 from its ‘Garageplatz’ studios.

“The viewer response to our live broadcast of bands from ‘Garageplatz’ during Musikfest 2020 was outstanding, with these concerts among our most viewed shows during the month,” says Service Electric Cable TV President John M. Walson. “Everyone at the Service Electric Network was so happy to have live Musikfest programming on for the Lehigh Valley in 2020, offering a taste of what has made the festival so popular for so many years.”

Other highlights of the festival included family programing via the Virtual Familienplatz online portal and a closing-night fireworks show presented by Service Electric Cable TV & Communications.

“The fact that we can talk about ‘Musikfest 2020’ at all is miraculous and owed to the tremendous support of our community,” says ArtsQuest President and CEO Kassie Hilgert. “Without the support of our corporate partners, donors, supporting members, vendors and patrons, this event simply doesn’t happen this year.

“Everyone at ArtsQuest thanks the entire community for its support of our 37th year. Through your efforts, our artists and performers were able to keep people across the globe connected through music and the arts.”