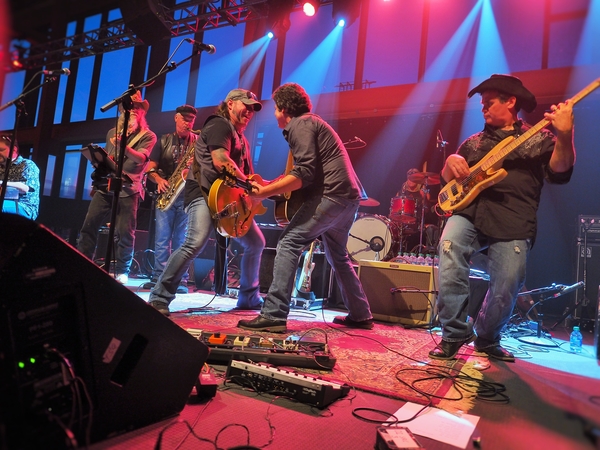 As Musikfest gets set to kick off its 35th year, the nation’s largest free-admission music festival is excited to announce it’s starting a new initiative designed to benefit the free concerts and local artists performing at the festival. During Musikfest 2018, ArtsQuest, the nonprofit that presents the festival, invites the community to consider contributing to the “Future Artist Fund,” established to help support and raise awareness of the hundreds of free concerts and local artists who perform at the event.

Launched in 1984, the inaugural Musikfest featured nearly 300 performances by well over 100 performers, many of them local artists. Over the years, the event has evolved into the largest free music festival in the nation, with 500-plus shows on 17 stages. Today, more than 50 percent of the artists still come from the Lehigh Valley and surrounding regions of Eastern Pennsylvania and New Jersey. Since its inception, Musikfest has presented more than 17,000 free performances for residents of the Lehigh Valley and beyond, with the festival attracting a record 1.2 million guests to the region in 2017.

From now through Aug. 13, people can text FEST35 to 844-544-7171 to make a donation to the Future Artist Fund, with all proceeds going to support artist performances and free concerts at future festivals. Patrons can also donate at the festival when making any Musikfest merchandise or ticket purchase at the event’s merchandise tents, the ArtsQuest Members booth at Festplatz and the ArtsQuest Center at SteelStacks.

“Starting with the first Musikfest, ArtsQuest has always been first and foremost a community focused nonprofit, and that includes developing educational and performance opportunities for our region and our artists,” says Jane George, ArtsQuest Foundation Executive Director and Sr. Vice President of Advancement. “While everyone knows that Musikfest is free to attend, not everyone realizes that almost every performer at the event is paid. In 2017, for example, only six of the 419 acts performed for free, and those that did were education and community groups performing as part of their curriculum.

“The ‘Future Artist Fund’ campaign is designed to help cultivate our next generation of performing artists, as well as play a key role in the sustainability of Musikfest. This is our first major attempt to raise funds at Musikfest to support the festival and the artists – we’re excited about the opportunity and are looking forward to the response from our patrons and our community.”

One of the largest music festivals in the nation, Musikfest features more than 500 performances on 16 stages throughout Bethlehem over 10 days. Proceeds from Musikfest 2018 will support ArtsQuest’s free concerts and programming for the community year-round at the Banana Factory arts center and the SteelStacks arts and cultural campus. Dates for the 35th edition of the festival are Aug. 3-12; for more info visit www.musikfest.org.