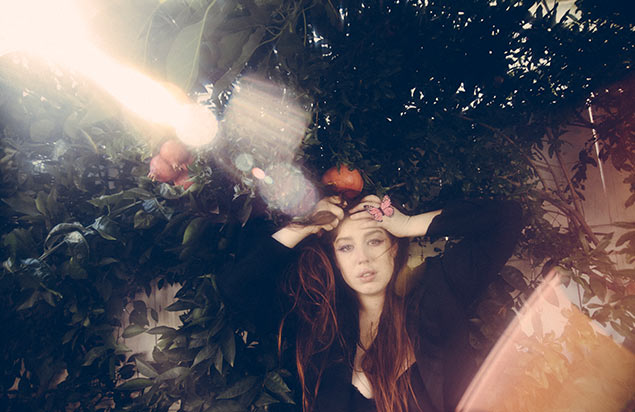 Born and mostly raised in Los Angeles, Lily Kershaw offers an antidote to the long-mythologized Los Angeles glitz; she’s authentic, and honest, self-effacing and, above all, she is herself. Constantly in the studio, Kershaw has released a record, an EP and a slew of singles over the last years, including breakout hit “As it Seems.”

Arcadia is the follow up to Lily’s critically acclaimed debut album Midnight In The Garden (2013) and her follow up EP Lost Angeles (2018). Weaving warmer analog sounds like organ, harpsichord and guitar with cinematic force, thanks in part to producer Ben Cooper (Radical Face), Arcadia is Lily’s most intimate release to date. But the strongest tool she wields is her voice, both in the simmering ferocity it carries and the poetry it speaks. Though the concept behind the record is epic to say the least, Lily is ultimately telling a story of acceptance, both of herself and the great mystery that is the universe.

“Lily Kershaw writes captivating ballads and sings them as if she’s the only person in this entire noisy city holding a conversation.” —Buzzbands.la

And the name of our newest platz is...