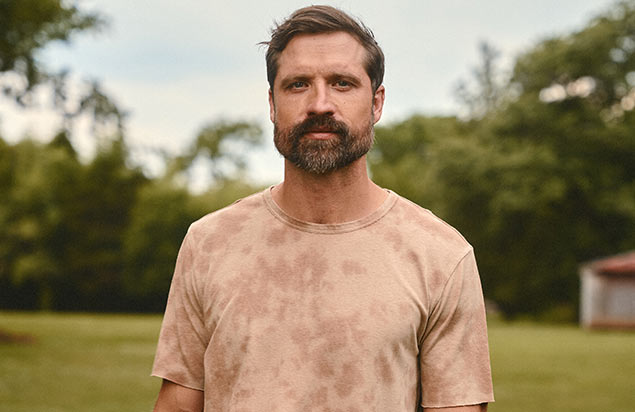 Originally from Mobile, Alabama, Hayes’ humble southern roots and family values are put on full display in “Face in the Crowd.” With this new track he continues to share stories that reflect his personal life and experiences that millions of listeners can relate to and a way of writing that led the Washington Post to write “Hayes has broken into the mainstream by sounding different.”

Written by Hayes, with Emily Falvey and Tofer Brown, and produced by Hayes with “Fancy Like” collaborator Joe Thibodeau, and Multi-Grammy Award Winner Shane McAnally, “Face in the Crowd,” shares Hayes’ experience becoming a household name over night, after grinding for over 20 years in the music industry. Even after all that his smash hit “Fancy Like” brought him, the one thing that truly matters is the consistent support from his family.

Last year “Fancy Like” topped every country music sales and streaming chart, spent more than 6 months at the No.1 spot on the Billboard Hot Country Songs Chart, hit the top 5 on Billboard’s Hot 100 Songs, hit number one at country radio, was featured in a nationwide Applebee’s commercial and gave Hayes his first GRAMMY Award nomination as an artist for Best Country Song…all with a song about the simple joys of a date night at Applebee’s with his high school sweetheart, now wife, of 17 years.

After many, many years in Nashville chasing his dream, Hayes got his breakthrough singing about what he knows best – family, faith, and real life. Most unexpected of all, is that the 43-year-old father has become a country music TikTok star. Propelled by a TikTok dance Hayes made to “Fancy Like” with his teenage daughter, which has over 35 million views, his TikTok’s have been viewed hundreds of millions of times and has connected with audiences across genres.

Since “Fancy Like” was released, Hayes’ album Country Stuff The Album has become one of the top country albums in sales and streams in the genre, and is currently the only RIAA certified album in country music released last year. The album also spawned the follow up single “AA,” which was just certified Platinum. Hayes’ success continues to transcend genres, with the release of a new version of current single “Y’all Life” featuring R&B/pop superstar Ciara. Additional cross-genre collaborations include the track “High Heels” featuring international rap/hip hop star Flo Rida and “Jesus’ Fault” featuring Christian rock artist Zach Williams.

Hayes has performed his music, including the Double-Platinum RIAA certified hit “You Broke Up With Me” from his debut album boom. to national audiences on Good Morning America, CBS Sunday Morning, Late Night with Seth Meyers, The Tonight Show Starring Jimmy Fallon, and The TODAY Show.

This fall, Hayes set out on his headlining arena tour, The Glad You’re Here Tour, which is the same name as the book he wrote with his best friend, Craig Allen Cooper, detailing his journey to finding Christ. The nearly sold-out tour saw Hayes playing to more than 5,000 people a night, and he’s not slowing down any time soon. With new music and a new tour coming next year, Hayes is poised for his biggest year yet.